References
|
Case History
|
Offices
|
Fondazione Agnelli - Torino, Italy
According to the project by Carlo Ratti Associati, lighting can be controlled by smartphone

Developed by Carlo Ratti Associati, the coworking spaces in the new Fondazione Agnelli's headquarters have been defined an example of "3.0 office". The work of the Turin based architectural practice did not only include the existing complex in San Salvario building, with the creation of a new glass structure, but also an innovative, customized approach to the inside areas' experience. Coworking environments cover approximately 3,000 square feet and can be controlled via a dedicated smartphone App. By using a smartphone, anyone can interact with the BMS (Building Management System) and choose some of the conditions of the allocated space such as temperature and lighting. Of course, given the so advanced design approach of this project, contributing towards its realization with its illuminating bodies has been a point of pride for 3F Filippi.
Among the supplied technologies, Tech System's Roberto Pomé, in charge of the light design, chose in particular, 220 customized L 1x30W/830 LED DALI light fixtures. These devices were integrated into pairs in dark metal plates specifically designed for these environments, suspended over the desks at a height of 3 meters. Besides, every single plate holds, between the two lighting bodies a fan coil for the air conditioning and heating supply. Thanks to the specially downloaded App, the guest can choose the amount of light, as
well as heat, to receive on their working surface.
Given the huge amount of hours spent by the coworking users sitting by their laptops, the light design paid great attention to the quality of the light provided by these fixtures, with a glaring degree (UGR) below 19, achieved with an SMP diffuser, a 65° radial degrees 3660 lumen flux and an above 80 CRI. Besides these devices, installed on three floors of the building, small labs and a canteen, the light design also included the installation of 59 recessed light fixtures of the same type of the one held by the metal plates, in the 1x24 version, in the corridors of the building, and 65 Galassia LED in the toilettes. 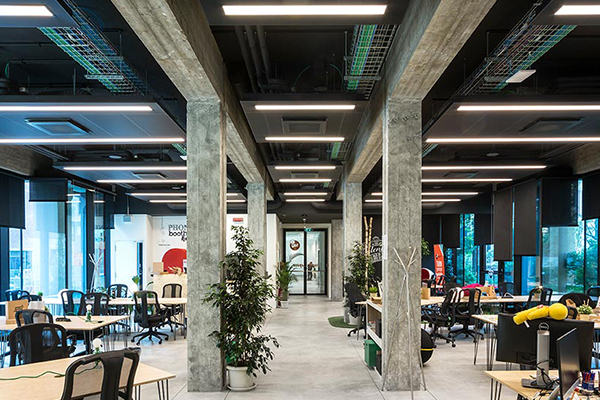 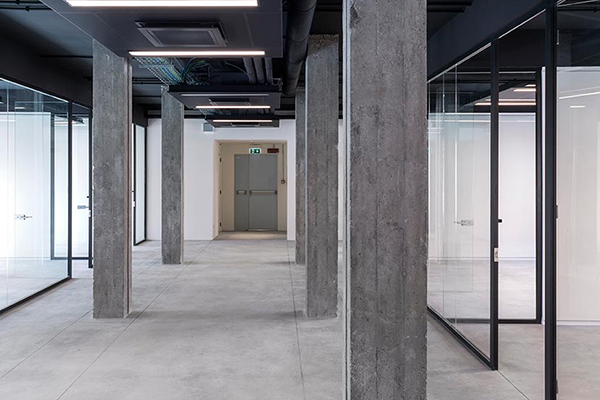 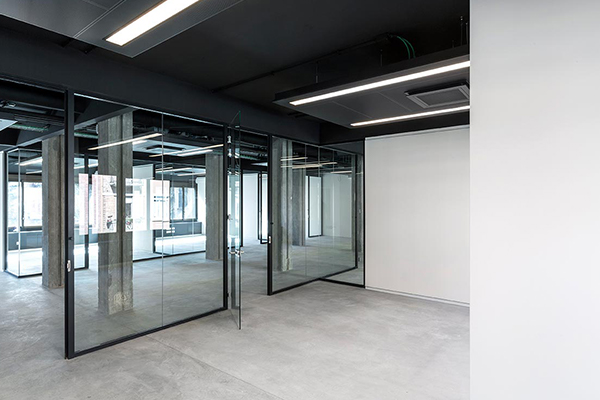 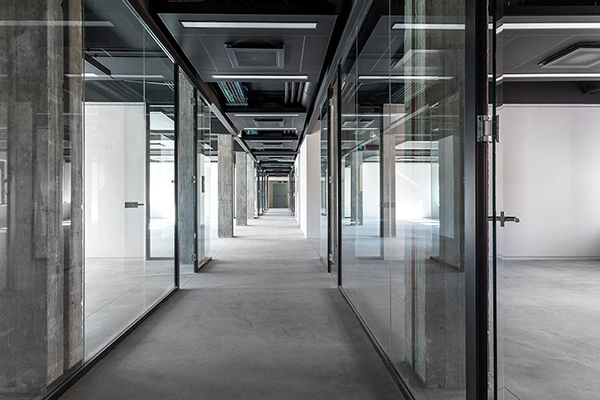 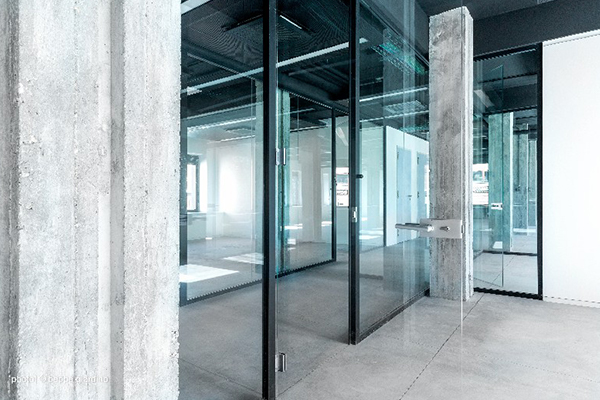 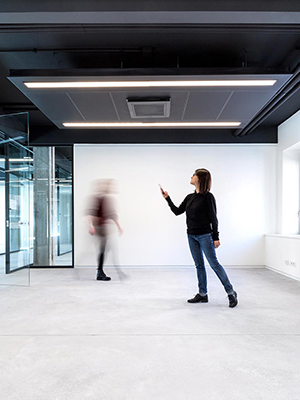 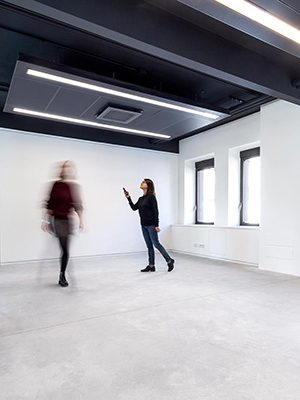 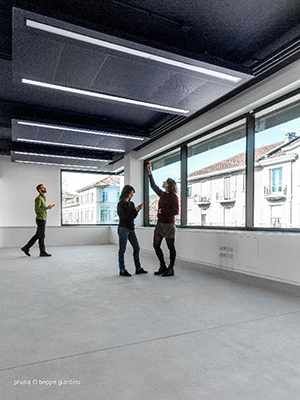 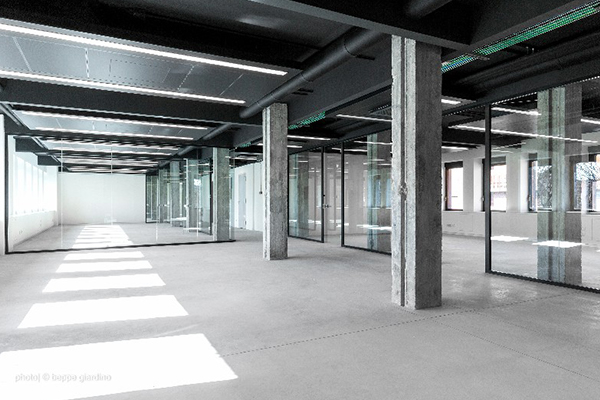 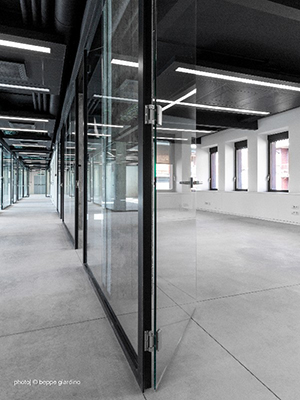 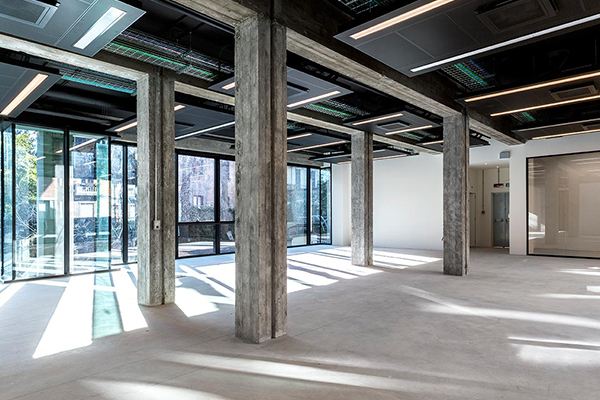 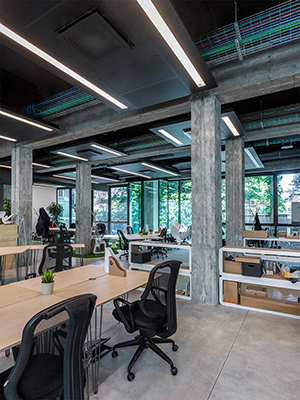 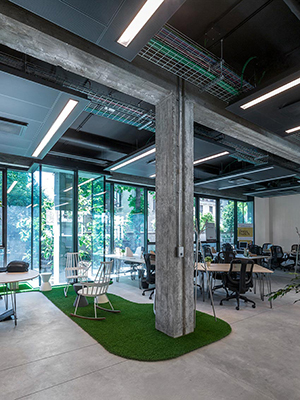 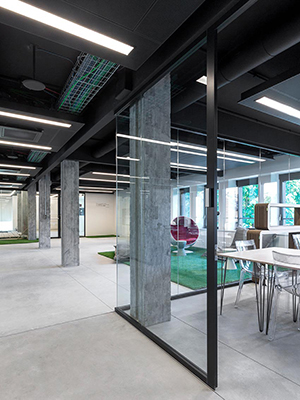 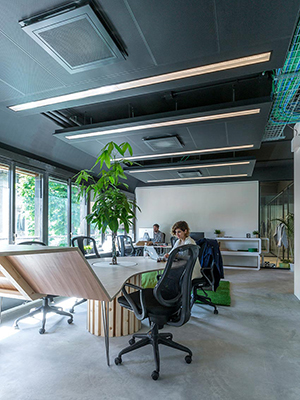 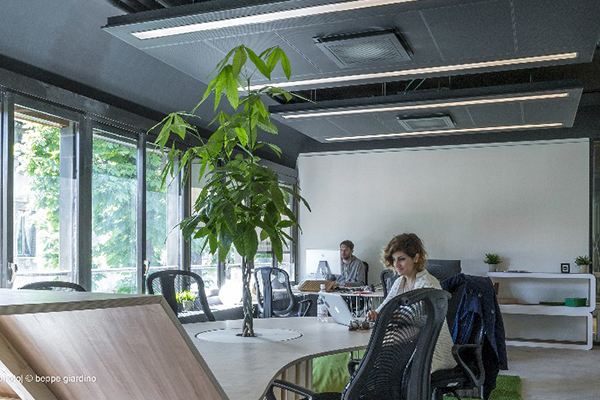 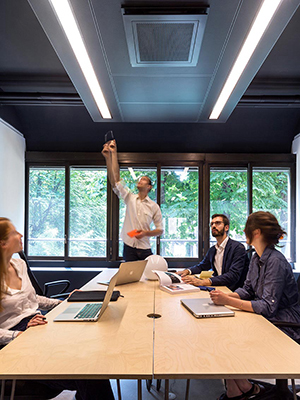 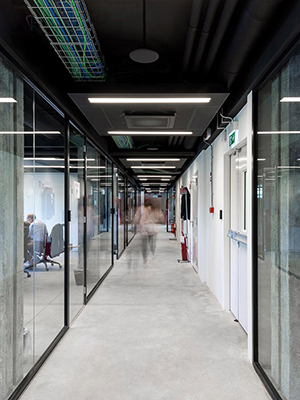 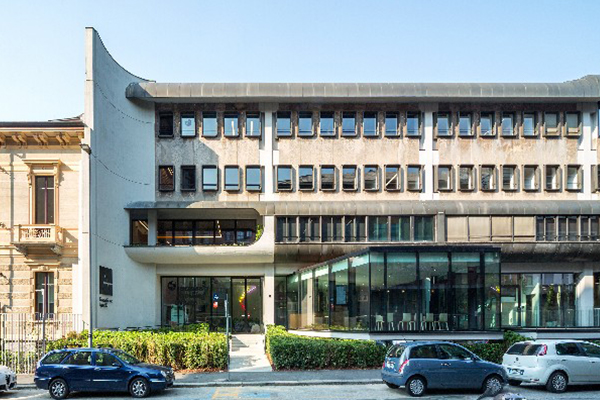 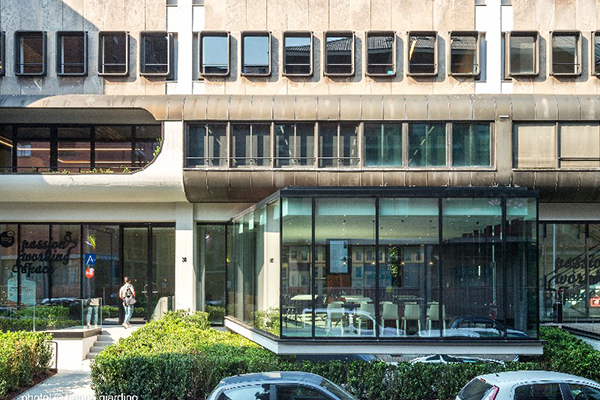