Completed at the end of 2016, the project for the new Spazio LILT (anti cancer italian league) shows how, thanks to an adequate technology, the use of fluorescent light fixtures still may guarantee a perfect lighting and, at the same time, a considerable optimization of energy consumption. In fact, that was the choice of the Turin-based engineering society S.T.A.P.I., which designed the whole electric and lighting system of this state-of-the-art facility which hosts those citizens who undergo oncologic prevention examinations or rehabilitation protocols in post-acute phases.

The adoption of fluorescent fixtures is connected with the Spazio LILT long design process, due to the fact that the economic resources came gradually and by private donors only. Once started in 2008, the process provided from the beginning the use of fluorescent fixtures, as the LED ones (to start with) did not provided the quality degree achieved years later, and the costs to incurr for their use were unreasonable. The goal of the torinese studio was since then to make of light an element able to make more comfortable the stay for the patients and their relatives, trying at the same time to maximize the use of the devices. To achieve it S.T.A.P.I. chose to rely on 3F Filippi technology by using, in particular, the suspension Fly 2 fixtures, with direct and indirect light sources (in order to give the feeling of lightness in spaces such as labs and clinics) or the plafone version, both of them dimmable. Those products are characterized by a refined design, a large amount of indirect of light an low glare levels.
The 3F Filippi fixtures installed in the Spazio LILT were more than 150 in total, divided into surgeries and many other spaces of the facility. The choice of the 3F Filippi high efficiency luminaires is part of a more complex design approach, that included domotics to optimize the use of any single light fixture. "When used in the best way - says Giorgio Bruno Ventre from S.T.A.P.I. - a fluorescent source can achieve a life expectancy comparable to that of LED products. So we optimized the use by installing presence and luminosity sensors in those areas natural and artificial lighting coexist in certain hours of the day during some hours of the daytime, in order to keep the keep the programmed brightness in each interior".

Thanks to them, the power decreases up to 10% when a certain environment is empty or depending on the intensity of sunlight coming from outside (the on/off system was only adopted in the areas with no natural light). This decrease allows to considerably reduce initial triggers of the apparels with fluorescent tube, which are known for accelerating the light sources' decay.
The use of sensors is an integral part of an electrical-domotic design by the adoption of a fieldbus system, which includes the centrally managed digital communication between them and the light fixtures, and allows a significant reduction in cabling and management costs. The dimmer applied to this system architecture enable to save around 50% in comparison the traditional on/off approach, whith which lights are always on, even when nobody is there: a very important aspect for a facility that operates through private funds and which, in addition to activities for the sick, also houses offices, technical areas, an area entrusted to the College of Nurses in Biella and a gym for rehabilitation health protocols, covering about 2.800 S qm. 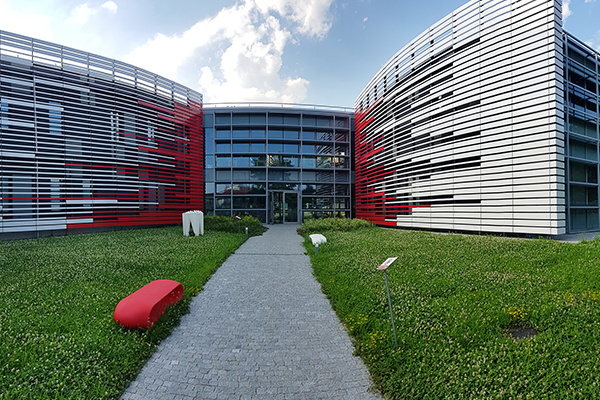 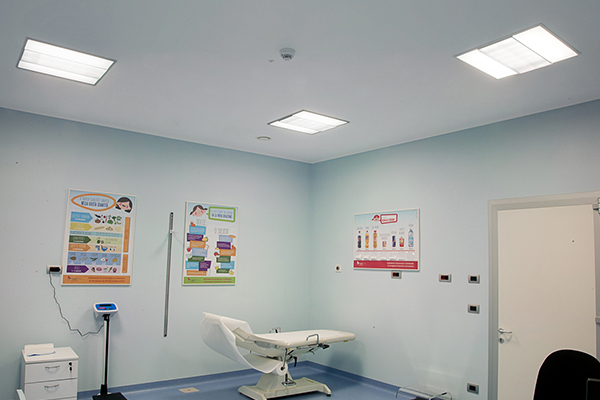 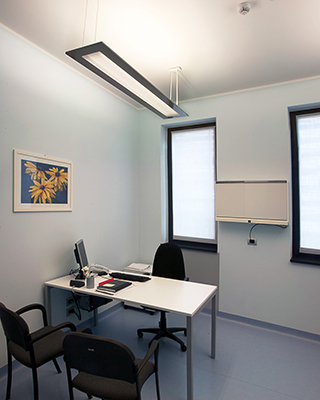 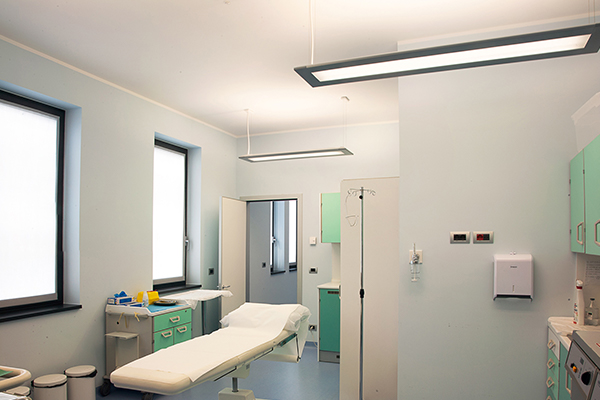 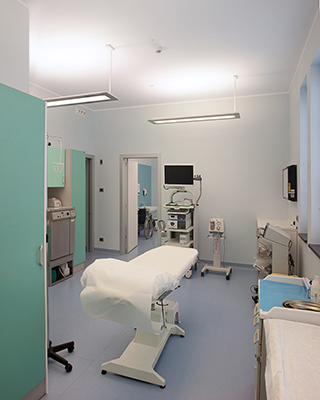 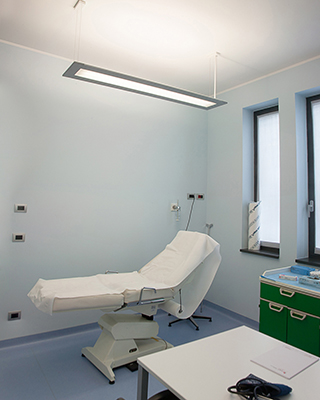 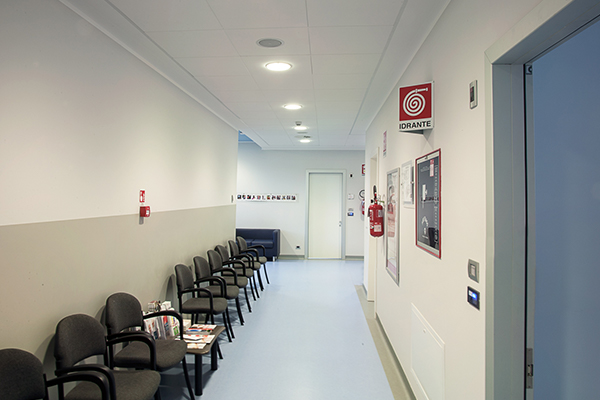 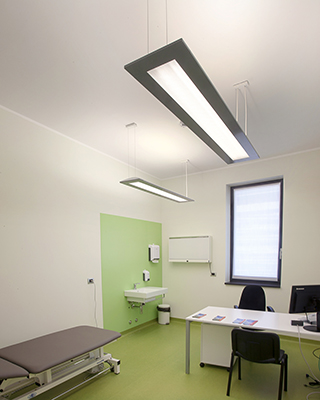 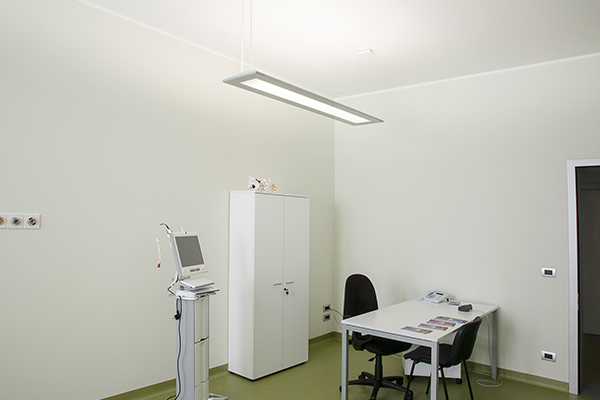 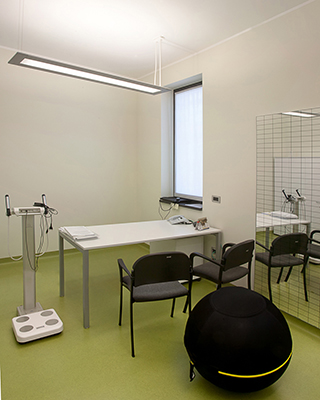 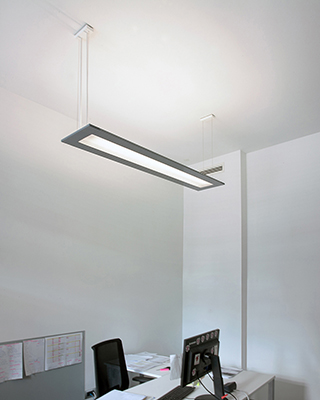 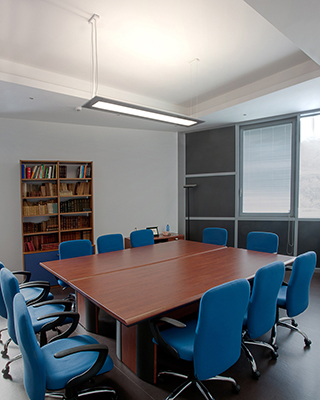 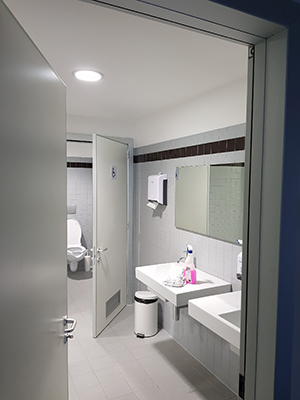 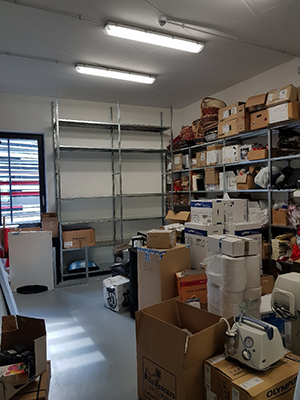 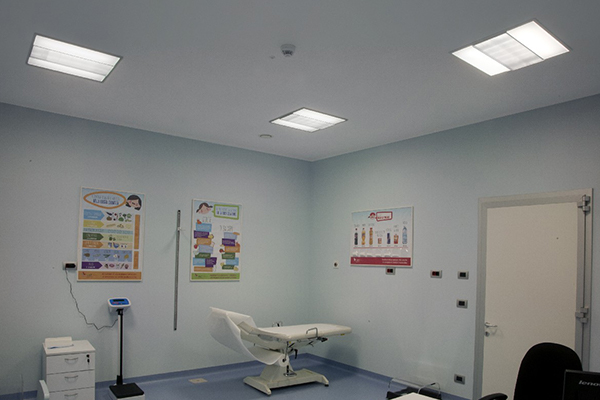 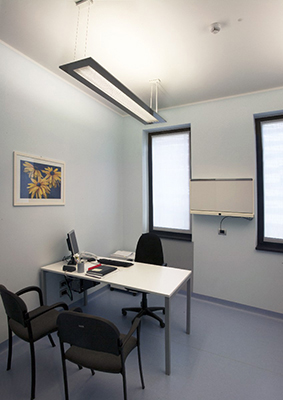 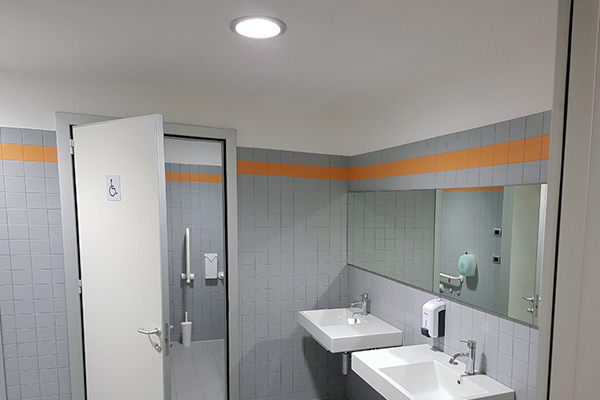 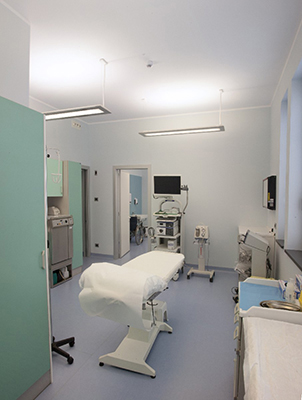 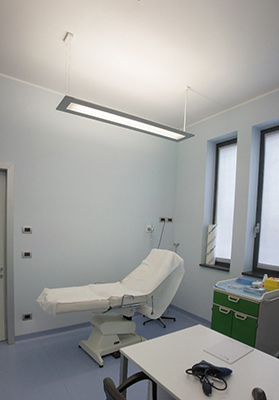 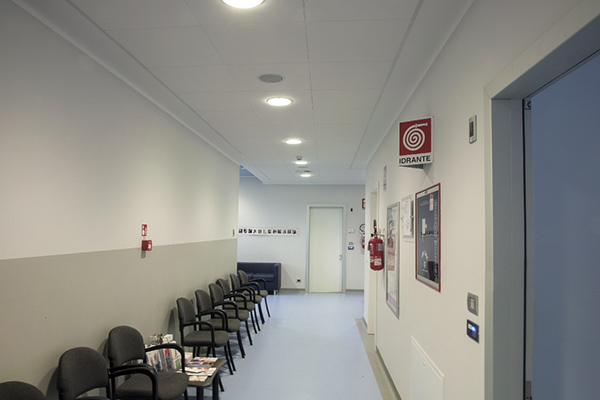 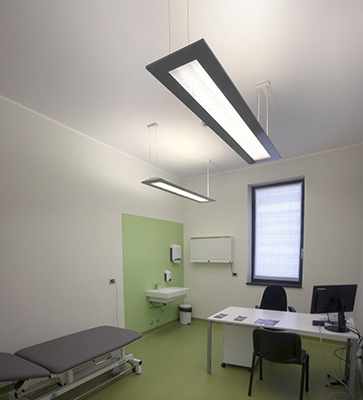 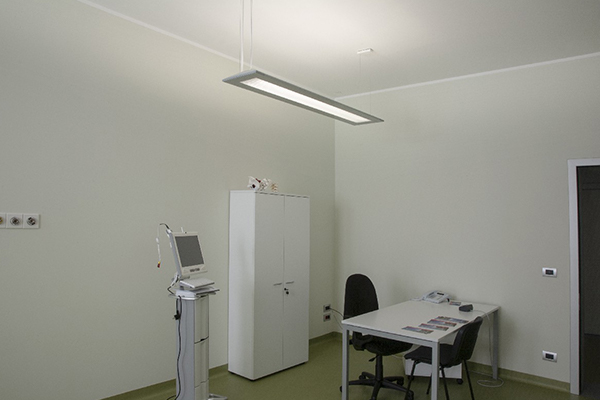 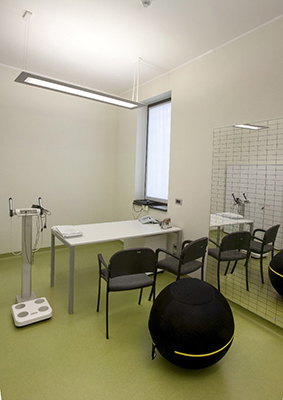 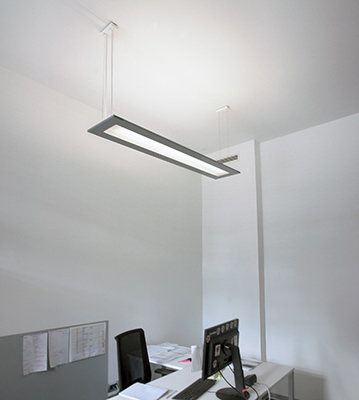 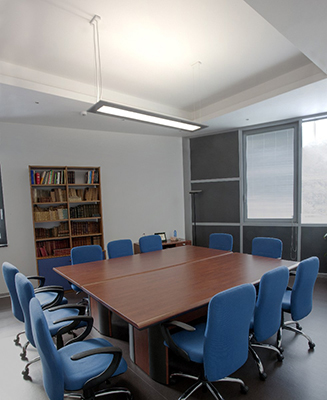 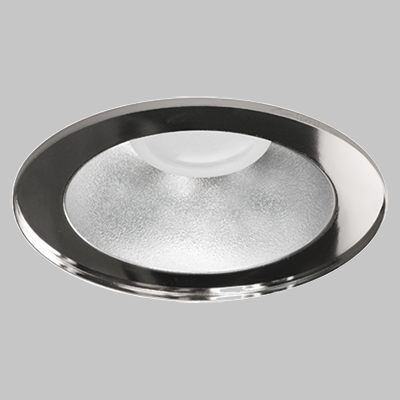