Extension and modernization. These are the two aspects that characterize the relevant structural intervention faced in recent times by the Bologna exhibition center, aimed at increasing its competitiveness in a market such as that of Expo, now globalized in all events, with the entry into play of the Asian and Middle Eastern players.
Signed by the Di Gregorio Associati studio, the project for the Bologna Fair involved the redevelopment and expansion of pavilions 28, 29 and 30, as well as spaces for congresses and restaurants. As with many interventions carried out in past years, 3F Filippi has made its technologies available to equip the new spaces with high efficiency lighting. There are several luminaires installed, depending on the context of destination. The merely display areas were equipped with 308 3F LEM 3 HO MEDIUM LED (high light emission) and 20 3F LEM 2 LED with a wide distribution of the flow. This type of lighting fixture was chosen by the designers for the high quality of the luminous flux, fundamental, due to the considerable height of the pavilions (12 mt), as well as a thermal performance that allows maintenance to be reduced to minimum, with evident economic benefits. Thanks to the latest generation LED sources and the special lenses designed by 3F Filippi, these luminaires offer considerable visual comfort over time to the visitors of the pavilions and to the technicians employed in the construction of the stands. As a further added value, the appliance was supplied with a carter food cover such as to guarantee maximum hygiene and make the exhibition spaces suitable for the numerous events related to food and gastronomy.
Also in halls 28, 29 and 30, in correspondence with the surfaces usually occupied by temporary bars during events, 20 3F RENO 200 WH 4000/8410 DALI WIDE were installed, recessed spotlights whose optics with "steps and concentric rings" white it allows a considerable reduction of the luminance, thus making it more comfortable for exhibitors and for those who decide to take a break during their visit to the Fair. The intervention for the Bologna Fair can also be considered a prestigious order for the Group of which the company is a part, given that the lighting design project involved the use of some luminaires from the prestigious Targetti collection, such as the Logico system in the Trade Fair Mall (important glass building, connection structure of the 3 new pavilions), Ray projectors with indoor light characterization and Dart for the illumination of the external perimeter of the buildings.
The one obtained with this order certainly represents one of the most significant technical results ever achieved by 3F Filippi in the context of exhibition spaces, impossible to achieve without the fruitful collaboration developed with Eng. Begani for Works Management (together with Ing. Breveglieri for electrical systems), Gian Paolo Gardellini, Facility manager of Bologna Fair, and the construction company Alpiq Verona (today Bouygues). 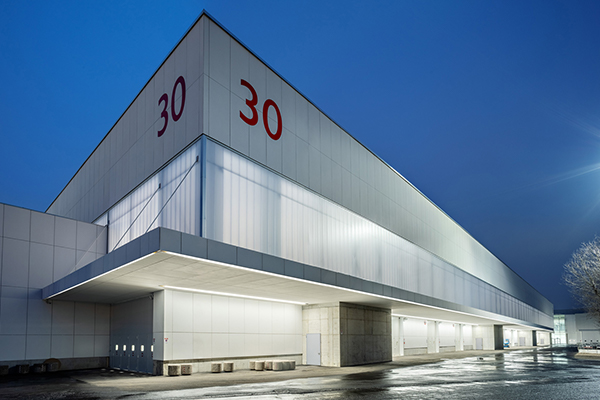 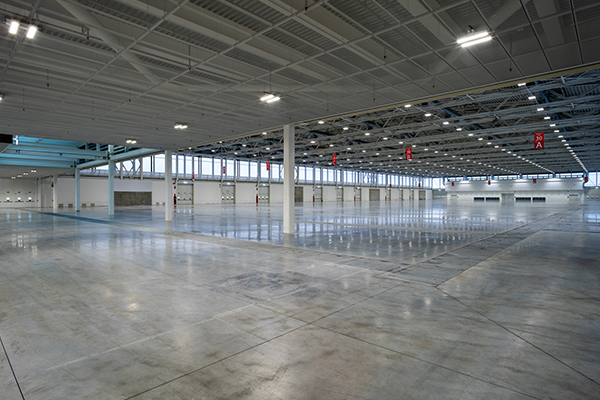 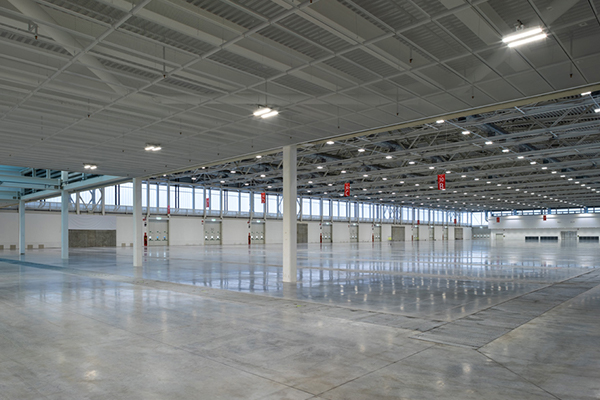 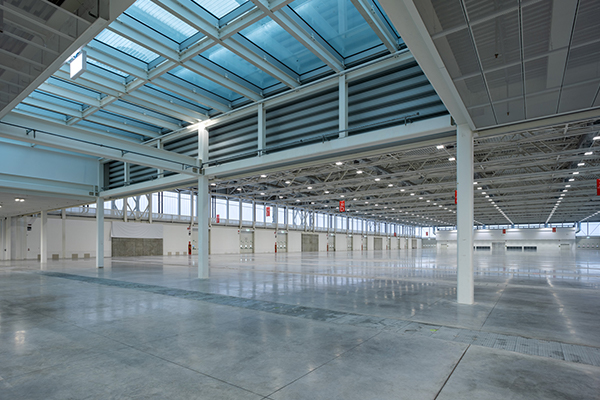 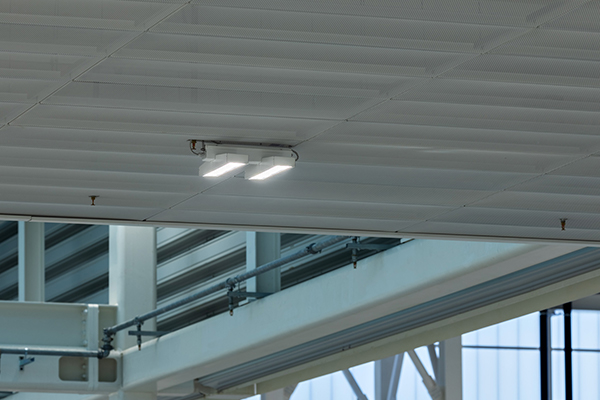 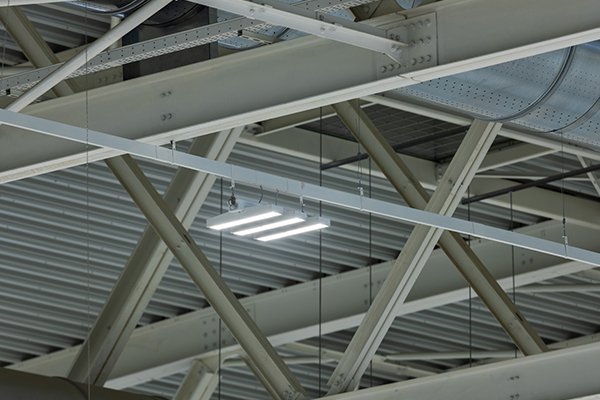 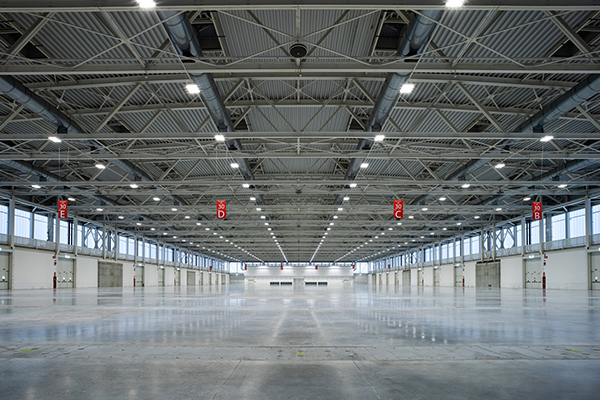 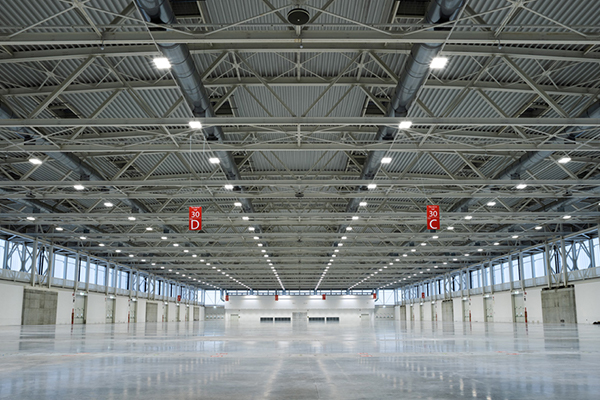 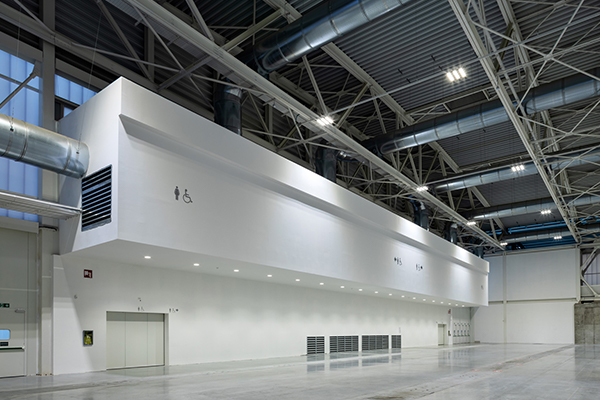 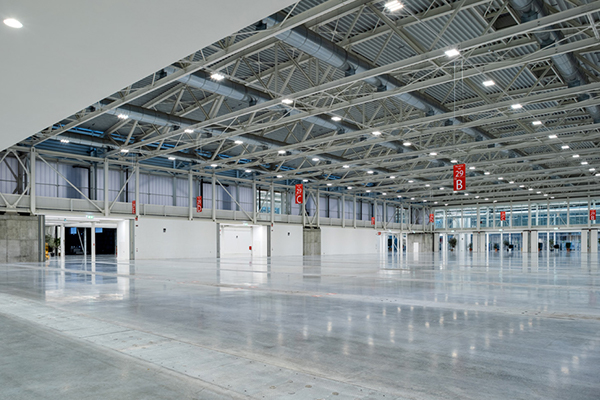 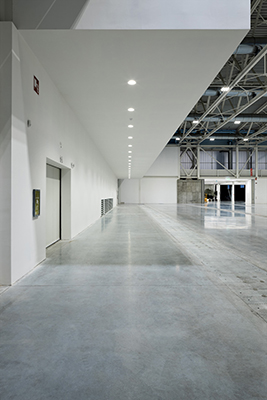 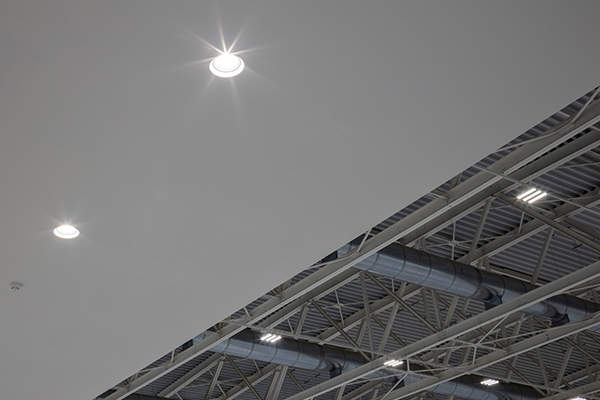 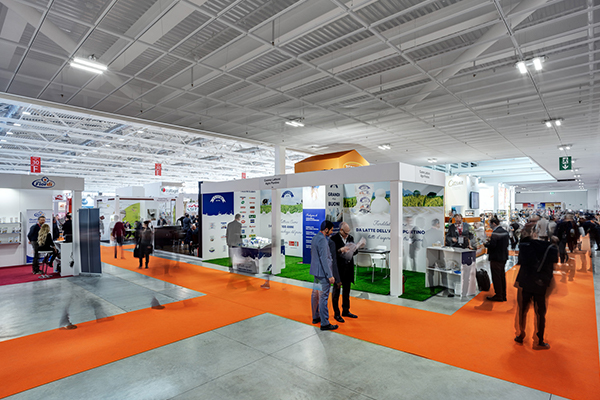 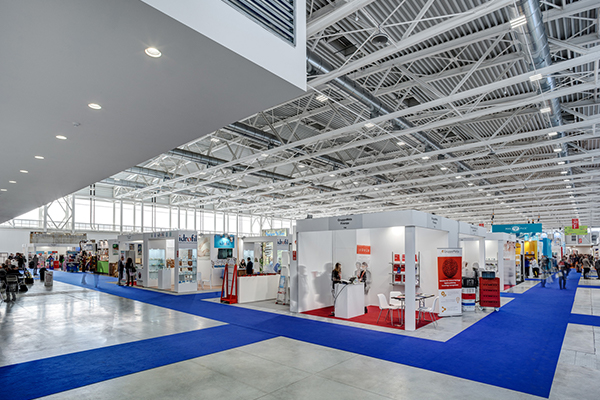 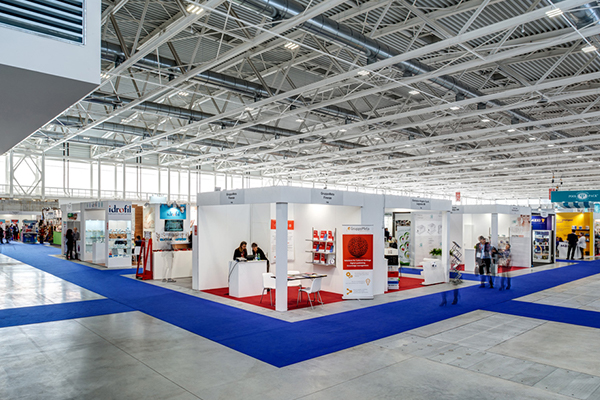 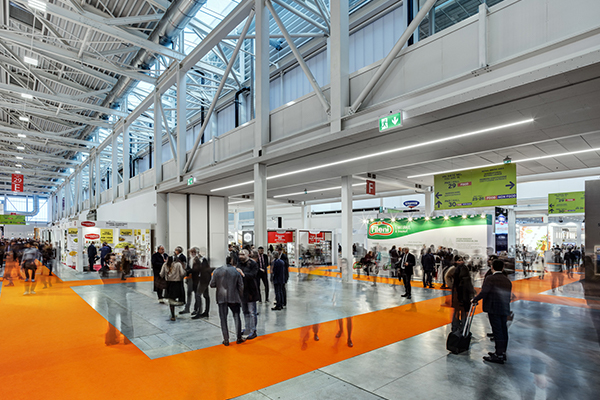 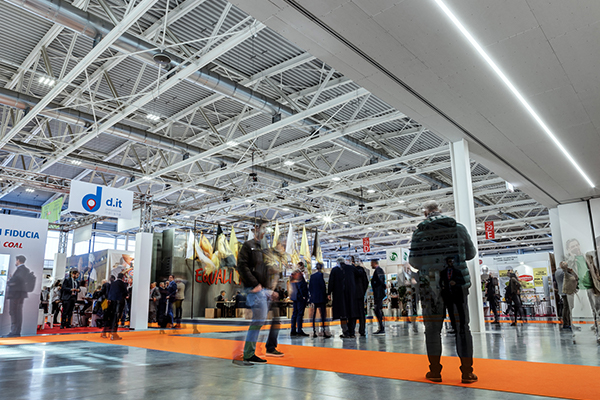 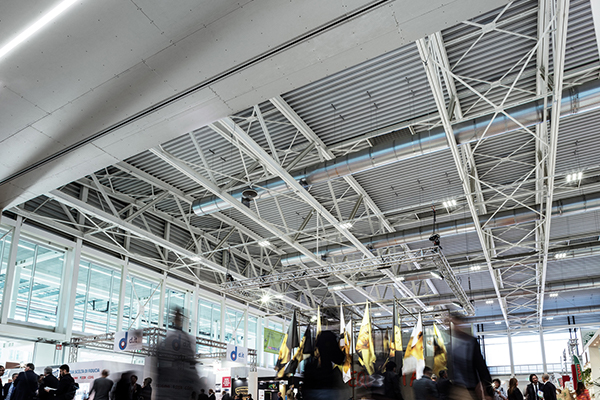 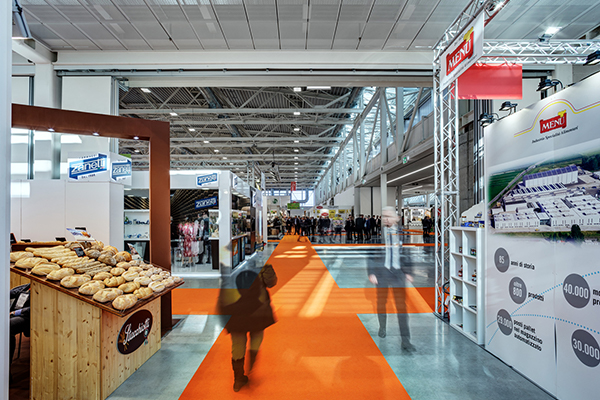 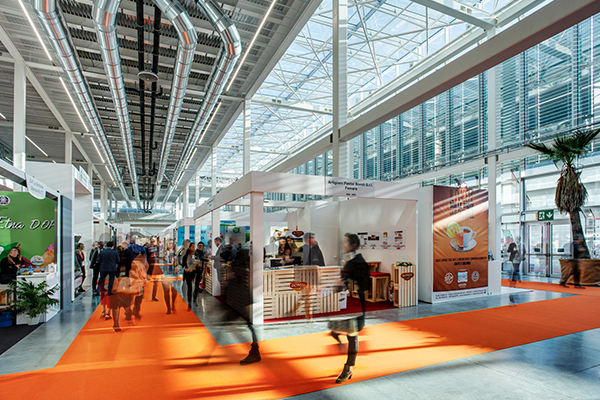 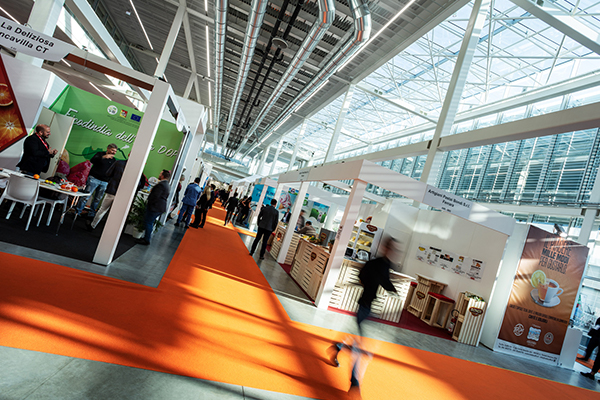 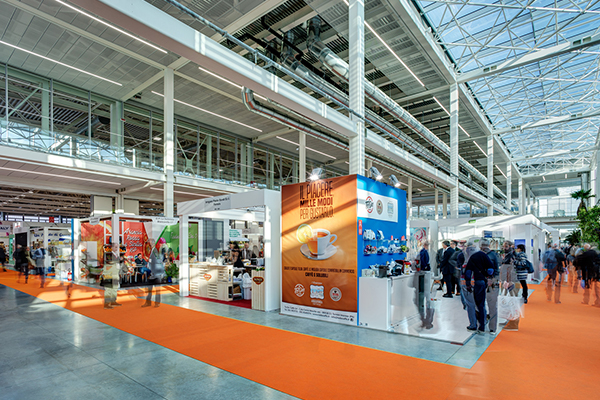 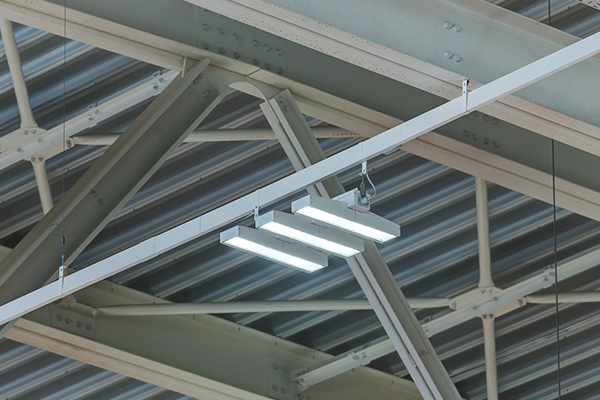 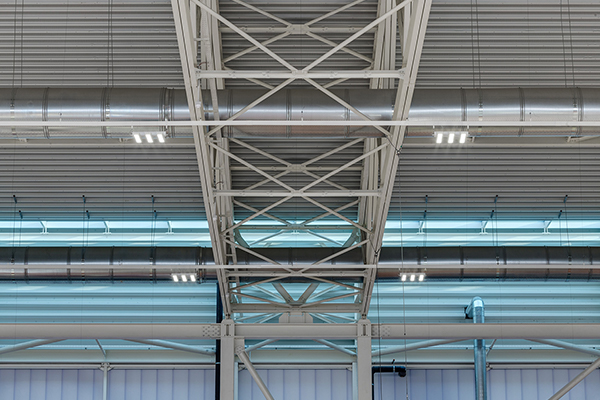 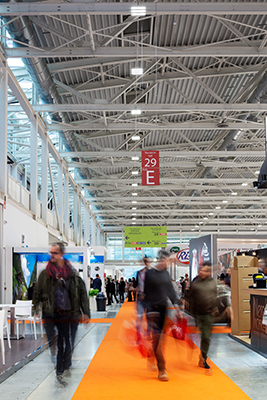 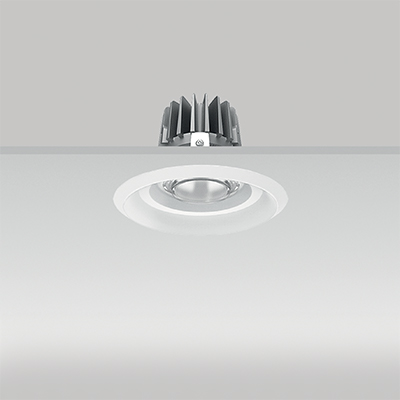