References
|
Case History
|
Offices
|
Municipality - Hasselt
In the new Municipality of Hasselt, citizens and administration meet under the light of 3F Filippi

Excellent lighting at the service of the Belgian public administration. This is the one supplied by 3F Filippi for the new municipality of Hasselt, the capital of the Flemish province of Limburg. Designed by Jaspers-Eyers Architects, UAUcollectiv and Architectenbureau Michel Janssen, the building develops vertically into seven floors, also combining the old barracks of the local gendarmerie, and represents a real city landmark, given its visibility from the ring road. The new town hall is mainly characterized by the 900 m² oblique mirror wall in the upper part of the structure, which reflects, reflecting it, the life in Limburgplein square, one of the pulsing hearts of Hasselt.
With a total area of ​​17,000 m² (including the existing part), the town hall was conceived as the ""home"" of citizens and municipal employees, open and attractive to all. There are two aspects, one architectural, the other technological, which give a particular feeling of welcome to the structure. The first is the ground floor, whose glass facades offer an idea of ​​continuity between the exterior and interior spaces, where the administrative and social service counters are located, ideally bringing citizens and the Municipality closer together.
Equally important to the project's goal is lighting: in this case, 3F Filippi, together with partner KEY4LIGHT, played a leading role. The company has in fact made its luminaires available, offering quality technical light inside each floor of the building, from corridors to offices, to meeting rooms.
To make the rooms more welcoming and ensure an adequate visual comfort, even in spaces equipped with video terminals, over 1400 luminaire of 3F Linux have been used in the DALI UGR version, modular systems developed by 3F Filippi to easily compose light channels in the environments.
Equipped with blind PVC closing tops, these lighting fixtures are chosen to guarantee, especially on the positions equipped with video terminals, the minimum possible glare, as required by the regulations on lighting in the workplace.
In this building, the designers opted for the black finish, so as to favor the insertion of the lighting fixtures in the highly contemporary architecture of these spaces, characterized by the significant presence of exposed concrete on the surfaces.
The DALI technology applied to 3F Linux allows and will allow in the future to better manage lighting according to needs, with significant saving in consumptions. The latter aspect was in fact held in high regard by the studies that participated in the construction of the building. In fact, that ""La Nave"" (as the project was called) obtained the BREEAM certificate of energy excellence recognized internationally.
To complete the presence of 3F Filippi in the Municipality of Hasselt are the spotlights 3F Emilio. Designed by the Belgians Serge and Robert Cornelissen, the appliances are distinguished from similar products on the market by their remarkable thermal performance, which guarantees their correct operation over time. In this case the spotlights (also with black finish) were installed on the channels created by the 3F Linux inside one of the meeting rooms of the building. 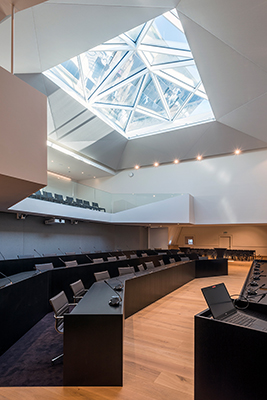 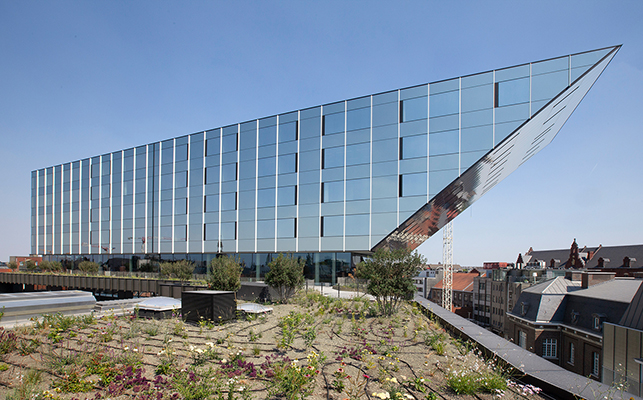 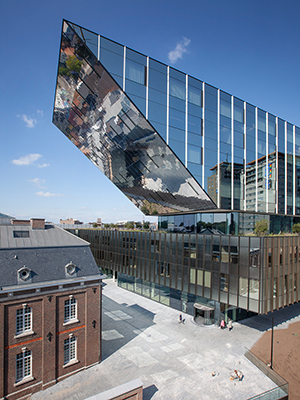 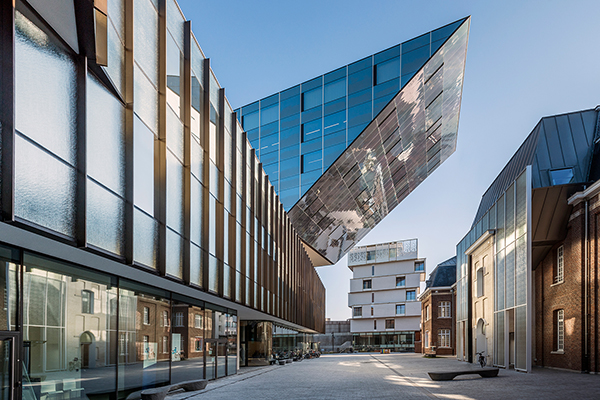 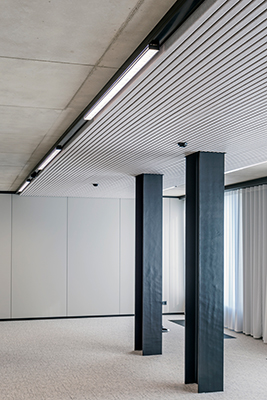 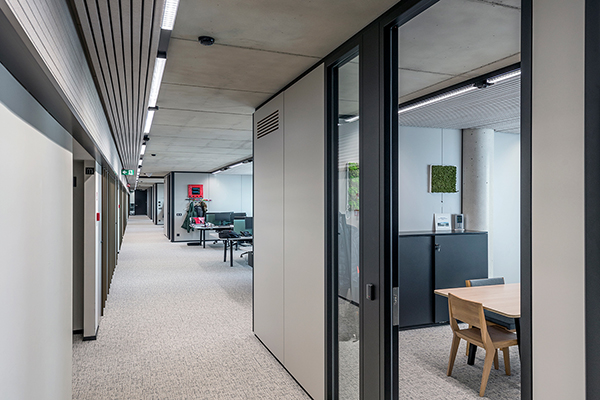 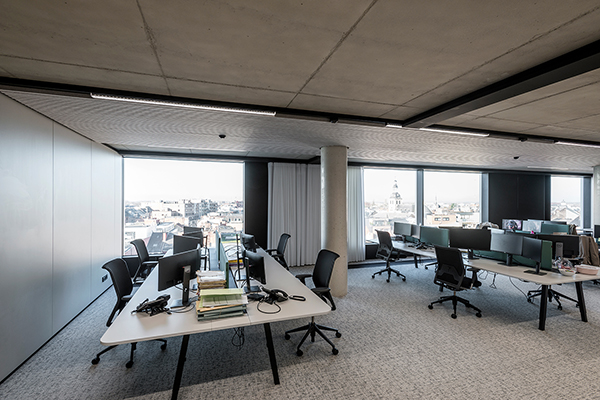 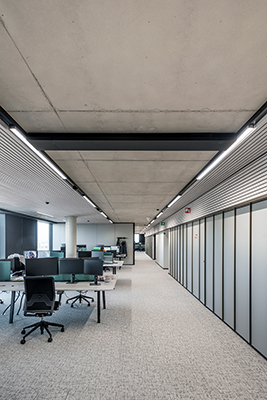 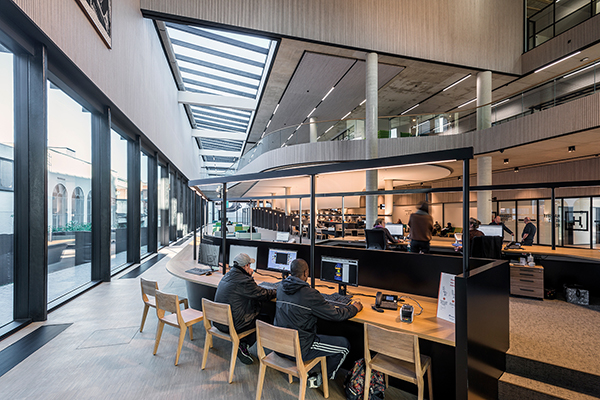 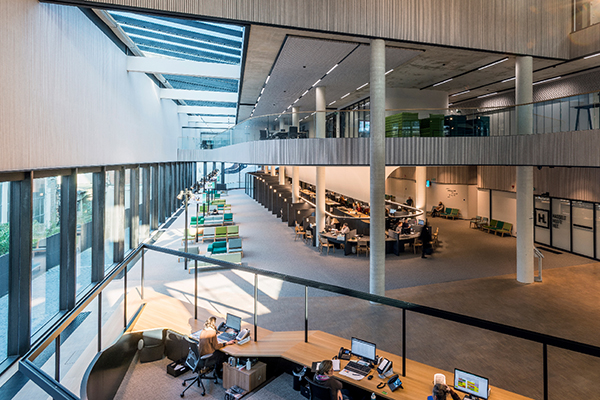 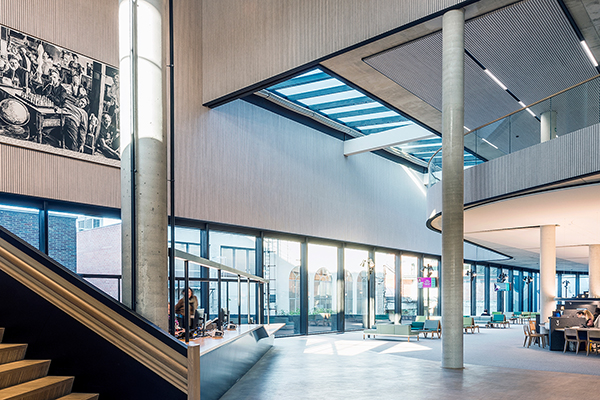 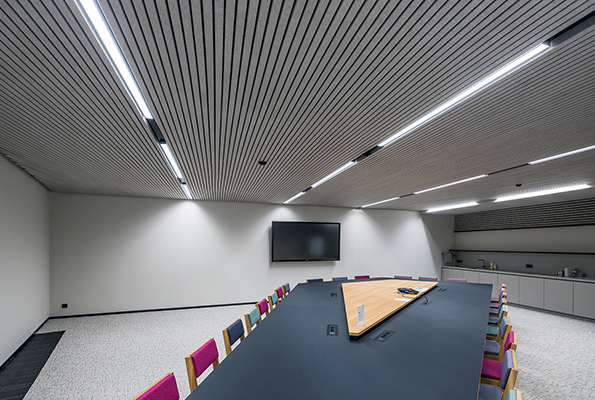 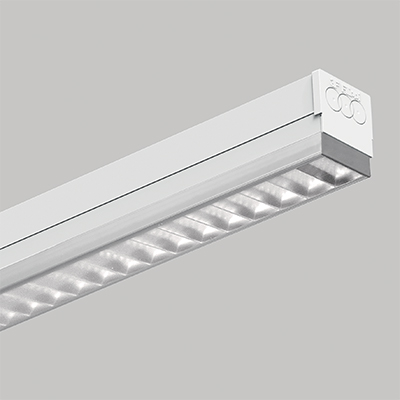 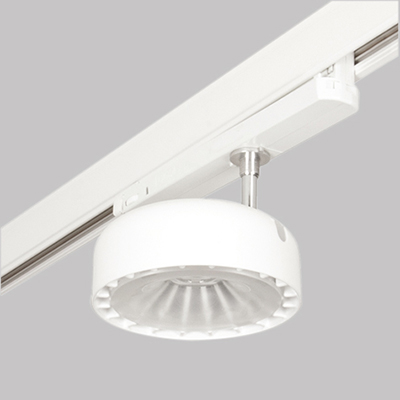